The Whirlwind of Live Music 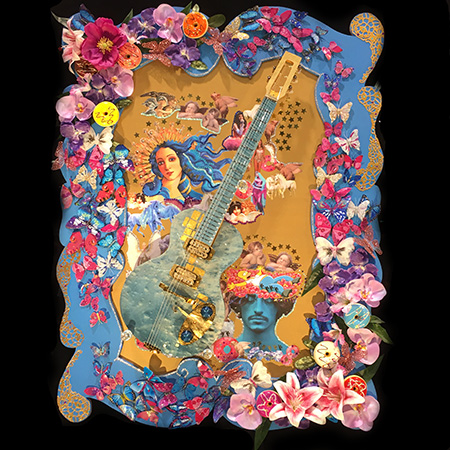 The Whirlwind of Live Music

The 2020 NAMM Convention provides such an array of stimuli that it’s a bit overwhelming until you start to run into old friends from years past and those that you’d made plans to see; some of whom traveled great distances for the event. I’m aware of several people that showed up each day of the event and were at the front of the line to get in so they could soak up every minute of its offerings. My adventure started with the bass clinics where all of us stood in awe of marquis players such as Jeff Berlin, Stu Hamm and Jonas Hellborg as their iconic sounds and techniques were broadcast in hi-fi clarity through headphones distributed kindly throughout the crowds.

Next, I made my rounds of ‘Boutique Guitars’ which were beautifully displayed around every corner. The designs of these instruments were so gorgeous that they seemed more suited to appear at museum of fine arts. The makers of each were proud of their craft without ever being boorish and were extremely interactive in discussing in the most finite detail how they were architected and any other histrionic or technicality you would like to know.

I then ventured to some of my favorite merchants: Mellotron, Dan Electro, Stingray Basses, Orange Amplifiers, as well as exploring many others that I was not as familiar. Each representative that I spoke with had a gentle and easy way of being informative about their product without ever trying to strike quixotic deals or appearing like sales people. Those that I had the pleasure of speaking with were genuinely respectful of other makers, musicians and were extremely informative.

Jackie Venson, who I’d heard a good deal about was making her appearance for a quick, 15-minute-set, at one of the stages, so I headed over that way. Her face wore the expression of an enthusiast who’d just traveled from Austin, TX and was excited to play, accompanied only by her effects pedals to keep it simple. Unfortunately, even though I found the artist to play with extreme passion and virtuosity, she was constantly interrupted by a staff member who continually instructed whoever was working the sound to decrease the volume to an acceptable decibel level. This granular procession of decibel decreasing ran through most of her set and distracted everyone from listening to her and instead turning all their attention towards the staff member policing the noise. I felt it a real shame for the artist who smiled bravely throughout the proceedings and played quite beautifully. I fear not many will remember the later as the whole of it was too large a distraction and a simple sound check prior could have avoided this in its entirety. Fortunately, she was scheduled to play a longer showcase later in the week where she would reign supreme.

At times, when canvassing, I became acutely aware that allowing everyone in an open space to sample instruments may not be the best idea as it causes a great deal of clamor and discord. These sections need insulating so that musicians can try out the different equipment, for as long as they’d like, without it becoming a sensory overload for everyone.

I really enjoyed the performances as there was something special about each: 1500 or Nothing, from LA, comprised a jazzy-band collective of great groove and restraint. It’s nice to see such skilled musicians play note-perfect passages without a moment of turgid overplaying and this band and particularly the drummers in this outfit put on a display of elegance that was so perfectly refined and moving.

Lead vocalist of The Dares.

The Dares from Anaheim performed a set of refreshingly straight forward rock in a setting where anorak’s are scouting all the oddities. It was a wonderful performance and a gentle reminder that simplicity still remains the golden rule of shaping great music.

My favorite performance was by wizard-bassist, Doug Wimbish and his WimBash All-Stars which included some of his nephews (Guitar and Drums) who he is grooming to be the next generation of leading musicians. No grooming necessary as these kids could easily be mistaken for seasoned veterans as their playing has already reached virtuoso level. They burned there way through a set of tunes with each member featured and a crowd in complete awe of the performance. Doug Wimbish has always been so rich with talent that it’s hard not to be moved by some facet of his playing. A long-time session musician and permanent member of Living Color, I’ve been listening to his playing for a good deal of my life. He’s like Jimmy Hendrix but is axe is a bass instead of a guitar.

The WimBash All-Stars at NAMM 2020

Through all stages of 2020 NAAM show, I was able to spend a great deal of time with many musicians who I have the utmost respect for and discuss our adventures, check out recommendations together, grab a bite and drink from one of the many vendors and make plans to meet-up again at next year’s show or even sooner…